How negative beliefs affect you and how to change them 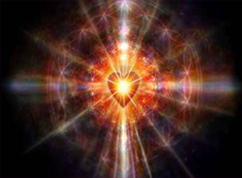 When you form an incarnation, you form a personality, an ego structure, in order to experience physical reality, it is generally composed of definitions, of beliefs, of emotions, of thought patterns, behaviours, that comprise what you think of yourself as a person, the physical identity that you have. Those definitions are the blueprint level that determines what you’re capable of experiencing your physical reality to be. So beliefs, by their nature and design, have to contain the ability, the resonance, the frequencies to get you to buy into them strongly, or you can’t really have the focus necessary to believe what it is they’re telling you and have a physical experience that is representative of that specific particular belief. So all beliefs will make themselves seem to be in some ways the only belief at that moment that is possible to have.

Now, being that we have both positive and negative beliefs, when you have a positive belief, in your mind it’s not really such a big deal that it is convincing you or it doesn’t really need to convince you of the good times you’re having, the good feelings that you’re experiencing. But because really, truly deep down, and also in your higher mind so to speak, you really KNOW the truth that you are infinite, eternal, indestructible beings who are ABSOLUTELY WORTHY of the UNCONDITIONAL LOVE and support of Creation, because you REALLY DO KNOW THAT in your Heart of Hearts, negative beliefs have to work very hard and very specifically in order to allow you to buy into the willing suspension of disbelief about that truth in order for you to experience the concept of polarity. It’s actually very difficult innately to buy into something negative about your true being. So negative beliefs have to rely on a series of tricks and tools, they have to specifically target certain ideas and experiences and magnify and amplify to get you to focus on a very specific way in order for you to actually even let go of the notion that you are this WORTHY BEING and actually convince you that you’re not worthy, convince you that life is a struggle, convince you that things aren’t easy. Because you know deep down they actually are. You know deep down in your natural Self that things are very simple.

In order to experience the idea of polarity, in order to experience the idea of physical reality, as an experience where you go through a process of forgetting who you are in order to remember who you are from a new point of view, so you can expand your understanding of yourself, you make yourself, shall we say, available to all of the different ideas and negative beliefs that can exist within the realm of forgetfulness. Thus working through those negative beliefs, transforming those negative beliefs into positive ones, transforming darkness into light, transforming limitation into freedom is the entire point. And so you will usually start with some form of negative belief that is representative of the theme you choose to explore, it will raise its head, and all the challenges that crop up that are representative of that theme in your life. But again, because a large part of being able to rediscover yourself from a new point of view is the fact that you have imposed forgetfulness upon yourself as a way of being able to do that, then the negative beliefs can seem from time to time be very strong, very powerful, and very profound.

Now, of course, they are only deriving their power from YOU. But they are giving you the opportunity to explore the kind of scenarios that as an unlimited being you would otherwise not really be capable of exploring. Nevertheless, now that you are really approaching the end of the cycle of negativity and going more to the cycle of positive awareness and awakening, expansion of consciousness, now is the time to begin to truly remember that all the negative beliefs that you may have been dealing with, and some of the ones you may continue to deal with for a little while longer in your life, are really just ideas, in a sense really smoke and mirrors, and that they really have to work very hard and focus very strongly on very specific issues within you in order to get you to buy into the idea that you are not worthy, in order to get you to buy into the idea that you should not investigate them. Because they are, again, by design, attempting to perpetuate themselves, attempting to continue to reinforce themselves, attempting to make it seem as if they are the only reality that’s possible. And when that idea comes from the negative side, they have many tools and tricks at their disposal to get you to buy into that scenario.

Emotion might be thought of as energy in motion (e-motion). Like clouds in the sky, they drift by, ever changing. Emotions are not a problem in themselves, but when we get ‘stuck’ on them, and caught up in a certain emotional reaction, it creates a blockage in our system which will eventually lead to all kinds of mental, emotional and physical problems. So if you find yourself particularly attached to a certain emotion or emotional reaction/pattern, then this is a warning sign and an indication that you most certainly need to let go of it. It’s likely that you’ve invested a sense of ‘self’ in the emotion and this will create all kinds of imbalance and problems, as well as skewing your entire perception of reality. It’s important to be willing to release that emotion. Every day we have plenty of opportunities to get angry, stressed or offended. But what you’re doing when you indulge these negative emotions is giving something outside yourself power over your happiness. All emotion comes from belief, if you do not have a belief in something, then you would not have an emotional reaction to it at all, All negative emotions are a cry to you to get your needs met based on your beliefs. Emotion literally means, energy in motion, but negative emotions are energy that has become stuck within our chakras and we are unable to process them. Our intuition or sixth sense is what we use to sense emotion in ourselves and others.

The human mind, inherently impatient, triggers emotional reactions when our ideas about how things should be, and collide with how things are. We sometimes torment ourselves about choices we’ve made, words we’ve spoken, and the path not taken. Or we dwell on the future, postponing our happiness with thoughts about what is missing or wrong in the present moment. These thoughts and judgements are the source of our emotional pain. The mind has a lifetime of conditioned beliefs and expectations through which it filters all perceptions. While the body spontaneously lets go of pain, the moment the underlying cause is healed, the mind has a mysterious instinct for holding on.

Through the mind, we create a prison of suffering and then forget that we are the architect and that we ourselves hold the key that will set us free. Even after years of emotional healing work, we all sometimes make the mistake of believing that something ‘out there’ makes us angry, depressed, anxious, or afraid. In reality the outside events are only triggers. The cause of every emotion is within. By uncovering the false perceptions that cause is to cling to pain, we can open to a deep experience of peace.

When you find yourself flooded with negative emotion, the following exercises can help you find your way back to your core of balance, peace and wellbeing.